The short answer is no, but there’s a bit more to it than that. Let’s take a closer look at what APK files are and why iOS devices can’t download them.

What is an APK File?

An APK file is an Android Package File, and is the installer file for Android apps. In order to install an APK file on an Android device, you must have a copy of the APK file.

There are a few ways to get hold of an APK file. The most common is to download it from the website of the app’s developer. However, there are also numerous websites that offer APK files for download, so it’s always best to check the source before downloading anything. Some websites will also offer “modified” or “cracked” APK files, which are APK files that have been altered in some way, usually to bypass security measures or remove in-app purchase requirements. It’s generally not recommended to download these kinds of files, as they could be malicious.

The simple answer is that Apple doesn’t allow it. Apple has strict controls over what can and can’t be installed on iOS devices, and since APK files come from outside of the App Store, they’re not allowed. This is mainly for security reasons; Apple doesn’t want people accidentally installing malware on their devices.

So, Can I Install Android Apps on My iOS Device?

Unfortunately, no. There’s no official way to do it, and even if there were, it would probably be against Apple’s terms and conditions. That being said, there are some workarounds that will allow you to run Android apps on your iOS device—but they’re all technically illegal and could get you banned from the App Store if you’re caught doing them. So we don’t recommend doing any of them!

So there you have it—that’s why you can’t download APK files on your iOS device. It’s a shame, but there’s just no way around it unless you’re willing to jailbreak your device or use one of the illegal methods we mentioned earlier. We hope this has cleared things up for you! 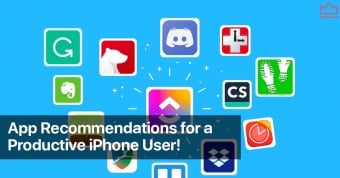 5 iPhone Apps You Should Have 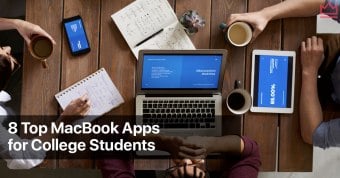 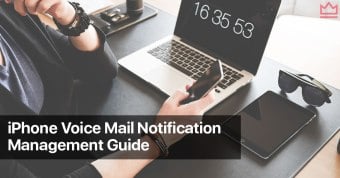 ShoppingKick off 2023 with the latest in sport and fashion. Shop exclusive styles as a Nike Member and freshen up your ward...

Food & DrinkThe Starbucks® app is a convenient way to order ahead for pickup, scan and pay in-store and customize your favorite...

NavigationAlways know what’s happening on the road with Waze. Even if you know the way, Waze tells you instantly about traffi...

Food & DrinkDownload the official Taco Bell® app and your taste buds will officially thank you. Earn points on every qualifying...

ShoppingTarget’s got you covered, from meal essentials to special deals and offers. And with Drive Up, you can order everyt...

Health & FitnessLose weight and gain muscle with no equipment. Follow the professional guide and customized plan. Let’s go with J...

The Game of Life

GamesMAKE CHOICES, GET PAID, OR LOSE IT ALL! Attend college, accept a job and play minigames in this interactive app th...

GamesTHE ORIGINAL HASBRO BOARD GAME - It’s the classic murder mystery! Who did it? With what weapon? In which room? Ther...

GamesCONNECT MORE THAN CITIES! Set off with your friends and family to re(discover) Ticket to Ride, the classic boardga...

MedicalResearchers at Monash University have developed the low FODMAP diet and a corresponding app to assist in the manage...